“Painful contradictions are sometimes the source of the greatest riches.”
André Masson

Blain|Di Donna is delighted to present its second exhibition, André Masson, The Mythology of Desire: Masterworks from 1925 to 1945. Bringing together paintings and works on paper created during one of the most important periods of the artist’s career, this is the largest and most comprehensive survey of Masson’s art to be exhibited in New York since the 1976 retrospective at the Museum of Modern Art, New York.

André Masson was an initial component of the Surrealist movement from 1925-28 (and again in the late 1930s), closely associating with artists and writers such as André Breton, Joan Miró and Georges Bataille. From his early Cubist paintings to his late calligraphic abstract works, Masson’s elusive stylistic developments situate him beyond simple categorization. The artist is best known for his contribution to automatic painting, a Surrealist practice which embraced chance and the unknown, and for his vibrant abstract compositions, bold use of line and form and innovative employment of materials, including sand and collage. His process of automatic painting went on to deeply influence the New York School of Abstract Expressionists, in particular Jackson Pollock. Recurring throughout his oeuvre is the relationship between violence and the erotic, explorations which are eloquently presented in this remarkable exhibition.

Comprising more than 30 works, the show reveals Masson’s extraordinary imagination, as each canvas and drawing is imbued with poetic imagery and symbolic content. His wartime encounters with violence are evident throughout, with motifs which emblematize his time spent in the trenches of the First World War, where he was badly wounded. This experience had an enduring influence on his work, as witnessed in Le Rêve du prisonnier (1924). Here, a solitary man sits within a twisted matrix of Piranesian architectural fragments; a dove appears to fall from the sky while a pomegranate – a recurring form in Masson’s work – explodes, the fragile and raw red flesh becoming exposed.

Among the many Surrealist masterpieces featured in this exhibition is the early work Jeune fille soufflant sur le feu (1927), where undulating calligraphic lines draw out a delicate profile, contrasting with heavy patches of impasto upon a near monochrome ground. Painting is dismantled and reformulated to enable abstraction to marry with the diagrammatic.

Masson’s subjects, be they human, animal or vegetal, often appear in the midst of violent mythological environments. Alongside one of the exhibition’s centrepieces, Portrait du poète Heinrich von Kleist (1939), is another work from the same year, Métamorphoses (1939); insects, serpents, fish and birds coexist alongside the exposed bones and organs of a decaying skeleton. Unity between man, nature and the cosmos is implied, while offering a unique visual reference for psychological or metaphysical change.

Masson was greatly influenced by his time in Spain – where he moved in 1935. He was drawn to the spectacle of the bullfight, which he brilliantly captures in Corrida au soleil (1936). In another work from this period, Aube à Montserrat (1935), blazing suns and faces hewn from rock formations evoke a Catalonia of the unconscious: “In these completely recognizable landscapes,” Masson wrote, “there is always an element of fantasy, either in the sky, or on the ground, or underground.”

States Di Donna: “Attempting to fill certain voids within modern art history, our exhibition positions André Masson as a unique figure whose very output pictures the severity of some of the most cataclysmic events of the twentieth century: both world wars and the Spanish Civil War. We have on view masterworks that encapsulate the tenets of Surrealism’s foregrounding of desire, violence, and myth – as well as the automatic – as its subject. Masson’s art speaks, with poetry, of life and death, of beauty and horror. The universe he creates is profound, agitating and enchanting – it proved generative for Pollock, and demands our close attention today.” 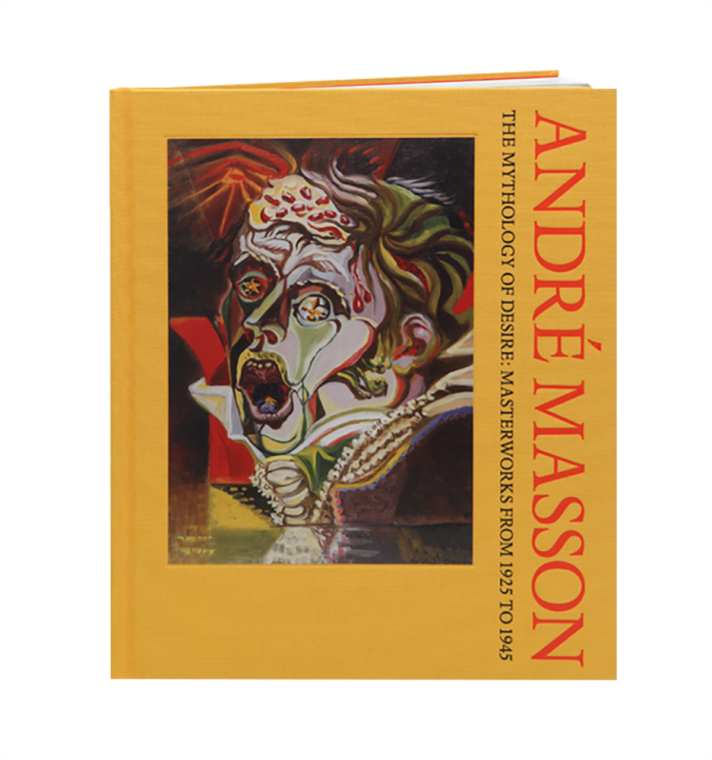