Di Donna Galleries specializes in museum-quality exhibitions and sales of European and American art from 1900 to 1970, with an emphasis on Surrealism. The gallery also advises private and institutional clients in building distinguished collections; it has placed important works of art in private collections and museums worldwide.

Subsequent exhibitions have included: "A Surrealist Banquet;" "Nuvolo and Post-War Materiality 1950-1965," curated by Germano Celant; "Moon Dancers: Yup’ik Masks and the Surrealists," organized in collaboration with Donald Ellis Gallery; "A Passion for Collecting: Modern Works from the Juan Antonio Pérez Simón Collection;" the Modern sculpture exhibition "The Life of Forms" and "Surrealism in Mexico," which brought together rare works of art from private and institutional collections in Mexico, the United States, and Europe to highlight the spirit of community and creativity that existed among Surrealist emigrés in Mexico during World War II. In Fall 2019 we featured "Enigma & Desire: Man Ray Paintings,"  organized in collaboration with Andrew Strauss of the Man Ray Expertise Committee, it was the first survey exhibition to focus on Man Ray’s paintings and revealed the radicality of Man Ray’s thought and practice throughout his career, solidifying his historical position as a prophetic painter and theorist.

In Spring 2020, Di Donna Galleries hosted the final and third installment of the "Maria Helena Vieira da Silva" exhibition which spanned the entire career of Vieira da Silva (b. 1908, Lisbon; d. 1992, Paris), a key member of Paris’s post-war art community, known for paintings that reflect her keen sense of rhythm and pattern.  The exhibition traveled to Di Donna as part of a landmark tour in collaboration with Jeanne Bucher Jaeger, Paris, and Waddington Custot, London.

Di Donna Galleries participates annually in Art Basel in Switzerland and in TEFAF New York. We are a member of The Art Dealers Association of America (ADAA). 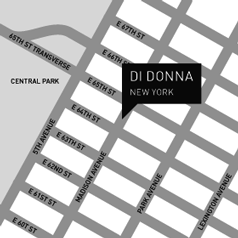 ​Emmanuel Di Donna
Emmanuel Di Donna is a leading expert on Surrealist, Modern, and Post-War Art.  He is the founder of Di Donna Galleries on Madison Avenue, New York.  Prior to forming his own gallery he spent seventeen years at Sotheby’s where he was Vice Chairman of Impressionist and Modern Art Worldwide.  He holds a Master’s Degree in Fine Art from London’s Courtauld Institute.