The exhibition is an homage to art historian and painter John Golding’s seminal book Paths to the Absolute, which describes the social, political and personal contexts of abstraction, illustrating and demystifying why and how these artists’ works appear formally, along with their developments through history and their public reception. Emmanuel Di Donna became familiar with the work of Prof John Golding CBE FBA while pursuing his Master’s at London’s Courtauld Institute of Art, where Golding led the critical study of 20th Century art.

Emmanuel Di Donna says, “The artists in Paths to the Absolute are my perennial favorites, and each have achieved a singular state of perfection in their work. We have selected works that are sublime examples of the path to abstraction, which represents the purity of their practices. Each became and remain a deep influence on successive generations. It has always been a dream of mine to see works by these artists together in a room, showing how the language of abstraction has many different, equally inspiring voices. With this show, I hope to set the bar for our future program of bi-annual exhibitions.”

In presenting a cross-section of these artists’ achievements, this historical exhibition showcases exceptional examples from each of their oeuvres in their absolute purest form. Within the chronology of abstraction, Paths to the Absolute allows the viewer to experience the visual differences and similarities from some of the most radical artists of the 20th century.

The European avant-garde painters were fueled by influences within the religious, political, philosophical and creative spheres of the day alongside of their movements’ manifesto-based quest for social change. After the Second World War, American artists have continued developing abstraction through incorporating the body, an American sense of the sublime replete with expansive fields of color, enlarged scale and a freedom of movement not seen in its European antecedents.

The exhibition Paths to the Absolute allows visitors an opportunity to confront and experience abstraction from its pioneers, beginning with hard-edge iconic works by the Suprematist Malevich and De Stijl’s Mondrian, to the dynamic and whimsical works by Kandinsky, culminating in an immersive space of Abstract Expressionism with the phenomenological and emotive Color Field paintings by Clyfford Still, Barnett Newman and Mark Rothko, and a gestural drip painting by Jackson Pollock.

A fully illustrated catalogue will be published in conjunction with the exhibition with an essay titled The Two Great Waves of Abstract Painting by scholar Mark Rosenthal. 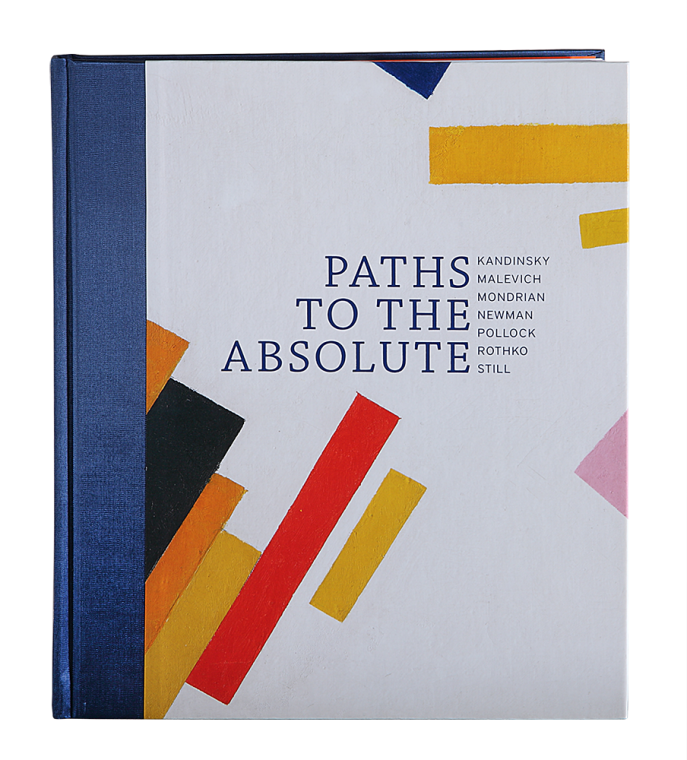