Di Donna Galleries is pleased to announce the exhibition Enigma and Desire: Man Ray Paintings, on view from October 25 to December 13, 2019. The first survey exhibition to focus on Man Ray’s paintings, the show will present a vibrant selection of paintings that reveals the radicality of Man Ray’s thought and practice throughout his career, solidifying his historical position as a prophetic painter and theorist. The exhibition features approximately forty paintings from international museums, foundations, and distinguished private collections in Europe and the United States, as well as a selection of related works on paper.

Enigma and Desire: Man Ray Paintings is organized in collaboration with Man Ray specialist Andrew Strauss of the Man Ray Expertise Committee, which is currently preparing the catalogues raisonné of the paintings and works on paper of Man Ray. The exhibition is accompanied by a fully illustrated book with an essay by Dr. Ara Merjian.

Historically, most scholarship on Man Ray has addressed his role as a photographer and maker of Dada and Surrealist objects. His primary passion, however, was painting, and it was in this medium that he articulated his most advanced ideas as an artist. This exhibition focuses on Man Ray’s prescient fascination with mechanical reproduction, temporality, and language that have had a lasting influence on subsequent generations of artists. Man Ray’s relentlessly intellectual approach to art-making resulted in a dynamic painting practice that remains remarkably contemporary.

Man Ray began his artistic career in 1913 as a painter in and around New York City. Dance (Dance Interpretation), 1915, demonstrates Man Ray’s interest in the early European avant-garde.  He employs simplified geometric forms, graphic flatness, and captures movement or simultaneity similar to the manner of  his friend Marcel Duchamp and the Italian Futurists.

When Man Ray moved to Paris at the end of 1921, he collaborated with the Paris Dadaists and became a prominent member of the ensuing Surrealist movement, which suited his aim of destabilizing the rules of conventional painting. During this period he became well known for documentary photographs of this creative milieu and worked as a highly successful photographer in the fashion and advertising industries and in commissioned portraiture. In 1937, however, Man Ray all but abandoned photography to return to painting.

In The Wall, 1938, the shadows of two stylized running figures are cast upon a brightly lit wall. An ominous, oversized hand curiously holds a red ball as an angular cloud hovers above. Man Ray painted The Wall in Paris during the height of his Surrealist painting period—a time when his unique personal iconography merged with politically charged subjects in a Europe on the brink of world war.

Le Chevalier rouge, 1938, combines the strategic nature of chess, a game he often played with Duchamp, with the systematic horrors of the Spanish Civil War. Each piece represents different players and victims of war-torn Spain: the pawn, representing the innocence of the civilians, is caught between two warring knights, one demonically morphed into a bright red figural image of the enemy.

In 1940, Man Ray fled Europe and settled in Hollywood, California, where he further focused on painting and object-making, producing accomplished and enigmatic works while becoming increasingly vocal about art and theory. Redolent with wartime anxiety, The Poet (King David) combines a bust based Michelangelo’s Dying Slave. During his years in Hollywood, Man Ray also painted versions of previous works he had executed and left behind in Paris in various mediums, thus complicating the modernist ideal that prizes uniqueness. Man Ray painted Macbeth, in 1948, employing the photographs he had shot of the historical plaster mathematical models found at the Institut Henri Poincaré in the years 1934-35. Macbeth forms part of the series known as the Shakespearean Equations—a group of 23 works that synthesize the complex yet logical world of mathematics with his provocative Surrealist sensibility.

La Marée, 1949, exhibits a continuation of strategies employed by the Surrealists - such as the use of found objects. Here Man Ray highlights the wood’s natural knots to delineate a landscape replete with waves, clouds and a full moon reflected in the water below.

Man Ray permanently returned to Paris in 1951 and remained there until his death in 1976. Throughout his career, Man Ray’s photographs, writings, objects, and paintings often addressed the concepts of desire and love, be it autobiographical, art historical or fictional. Two lover’s lips merge to form a pair of one in his Image à deux faces, 1959. Derived from an earlier photograph titled Le Baiser, 1930, Man Ray heavily cropped, greatly enlarged, and boldly rendered the source photograph into one of his greatest works in oil.

Man Ray adhered to the notion of a continuum among artistic styles and cultures that extended across various mediums, explaining concepts of time and evolution that led Man Ray to famously declare: “I have never painted a recent picture.” He fluidly navigated the techniques of photography, film, painting, and assemblage, which enabled him to avoid categorization and confound the appreciation of his artistic contributions.

Man Ray’s consistent challenges to artistic conventions and to the canonical structure that had developed around modernism established his central role in the Dada and Surrealist movements and beyond. The lasting effects of his oeuvre upon subsequent artistic movements of the twentieth and twenty-first centuries cannot be understated and is something clearly experienced in his groundbreaking approach to painting. 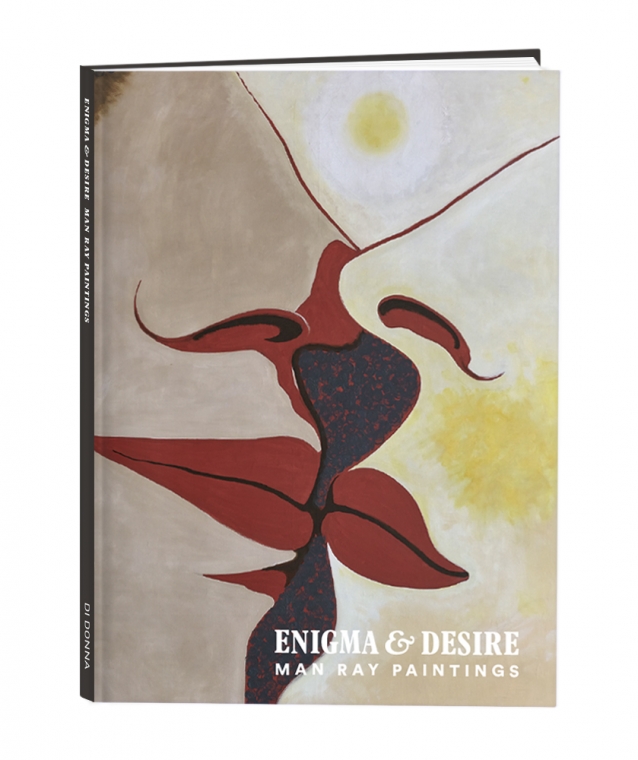